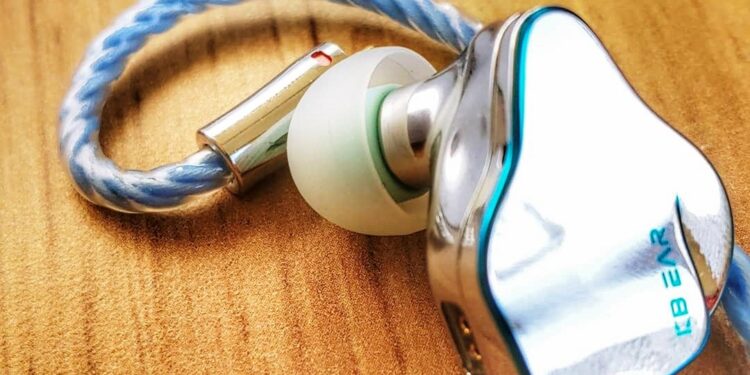 KBear Aurora Review. First my impressions I had posted before:

With the first lights of morning, even before my coffee, I unboxed Aurora and started writing these lines down.

Earpieces are shiny and somewhat large. Pretty much furface to wipe down in you are concerned about finger print residues.

Timbre is neutral to dark-ish. Natural playing and a hint of metallicness (like %10). Bass have punch but minor punch. Playing “atmospheric”, meaning wide and airy scene. Also must note that it passed the artifact test. Almost like unamped HM when unamped. Not full with Mid-Treble with some bass. But full with texture ⭐

Boy, this shiny piece has quiet a potential in it. Gonna update the post with amped and DAPed impressions later in the day. Brief VSes with HM and Yuan Li are in the schedule. The above was only from LG G7 75/100 volume.

…Now is review time with special section on amping.

KBear is an old (read as experienced) Chinese brand focused on budget eargear. In the past, they were producing truly budget like ks2, kb04, ks1 etc. Then they decided on an air themed line. Lark was the first product. They showed some signs of steering off the budget segment with it. Then they jumped in the wave of BErylium with BElieve. Robin came recently. Decent unamped but it showed its real capacity when powered up. Finally here we have their maturity earpiece. Aurora. Both air themed and single DD. But much and much more beautiful than the rest of what they released so far. Plus, while older models were ordinarily shaped; this model with the cleaning cloth tucked within it box, sending its regards to HM, Yuan Li and KXXS of Moondrop.

Blank white and rectangle shaped like many Tin Audio products. On this emptiness a logo of the brand on the lower left and a partially transparent shot of the unit on the lower right under the informative thin and hard covering paper. Specs are on the backside of this covering paper.

Within the box first I got a serenade feeling seeing pretty “silent” box contents. A cleaning cloth attached to the backside of the upper side of the box. Shiny and blue lined L and R units are buried in the plastic foundation and on the left there is the light brown / orange carrying case. Cable has been tied in it and necessary paperwork is down below it.

Cable is at standard length, 6N Silver plated OCC looking strongly braided in dull light blue. Resemblance with cables of DN line of BGVP brand is striking as well as the UE (Ultimate Ears) admiral ship of its times (UE900s) is a good sight. Connectors are 2 pinned and strengthened with ear hooks. All connectors (Y split, Chin Guard, first connector and earpiece connectors) have been covered with silver looking metal, hence this explains the presence of wiping cloth in its box. Plenty of surface cleaning! 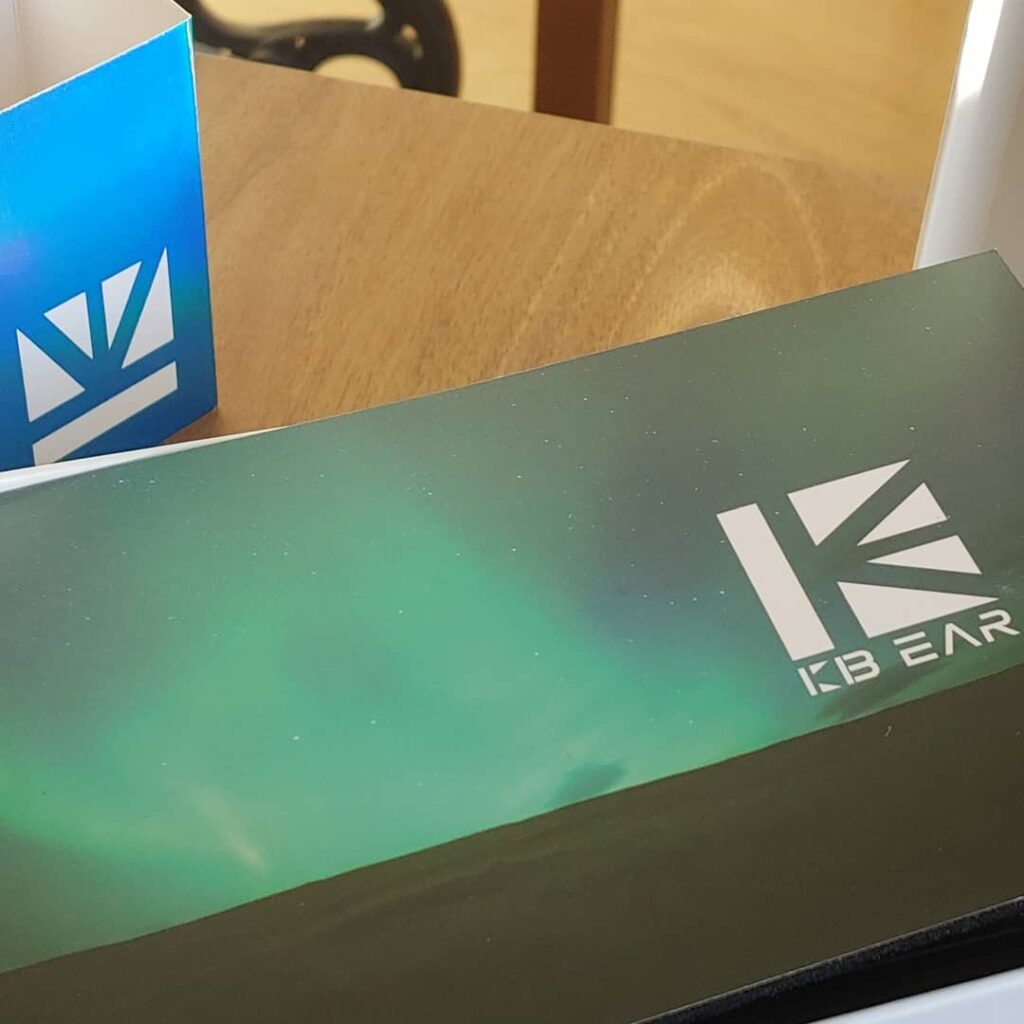 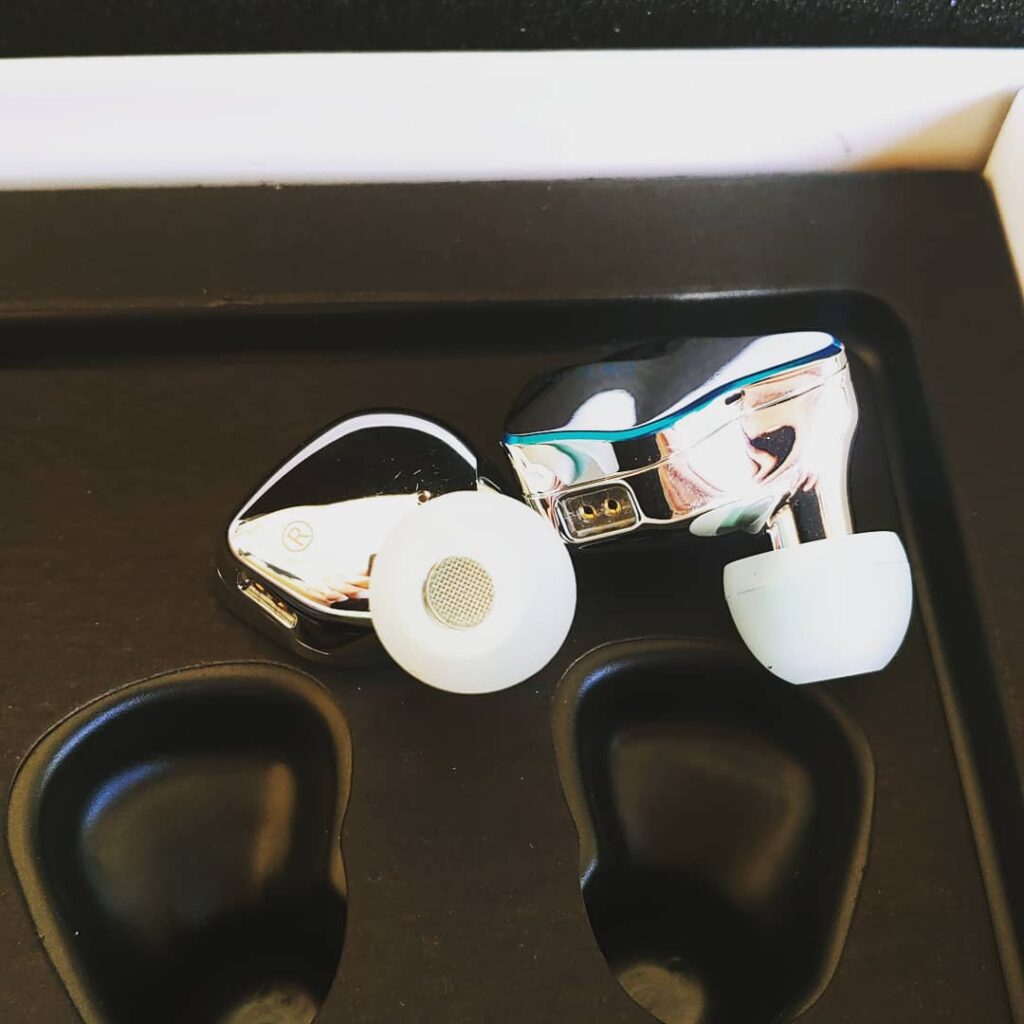 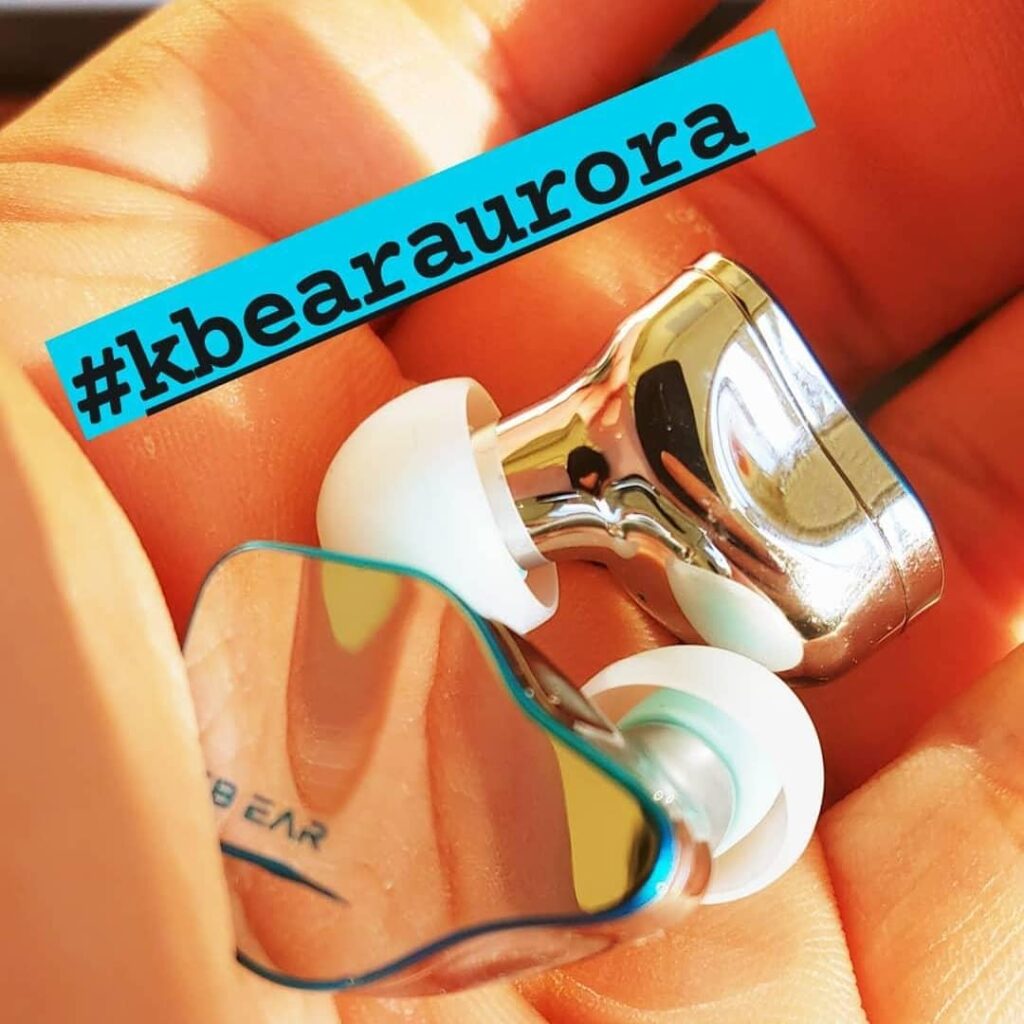 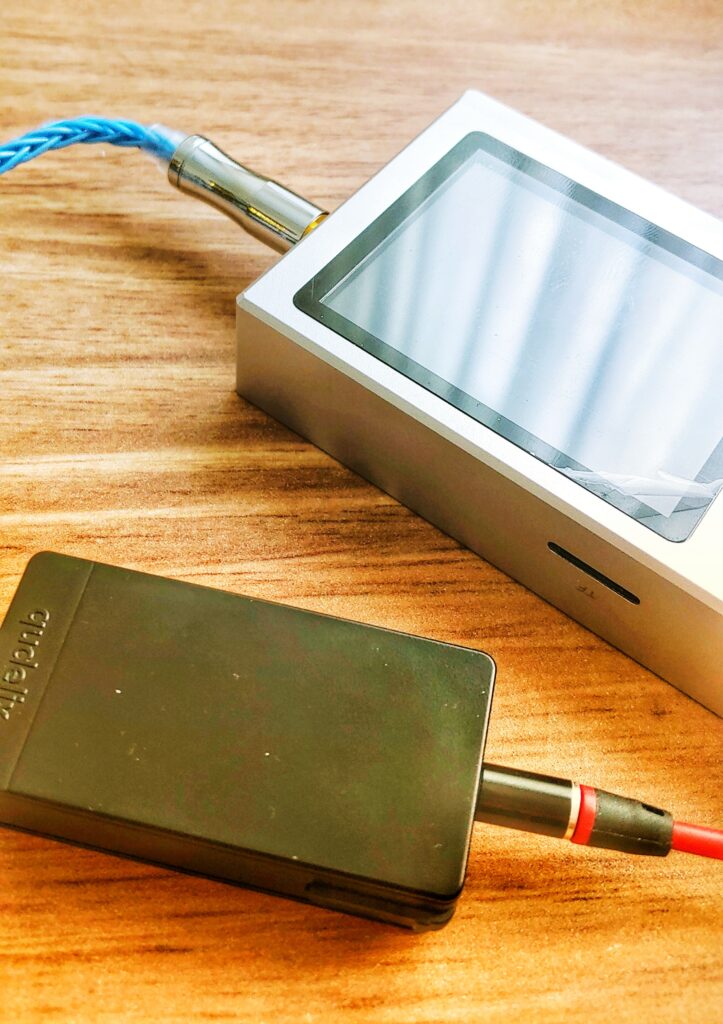 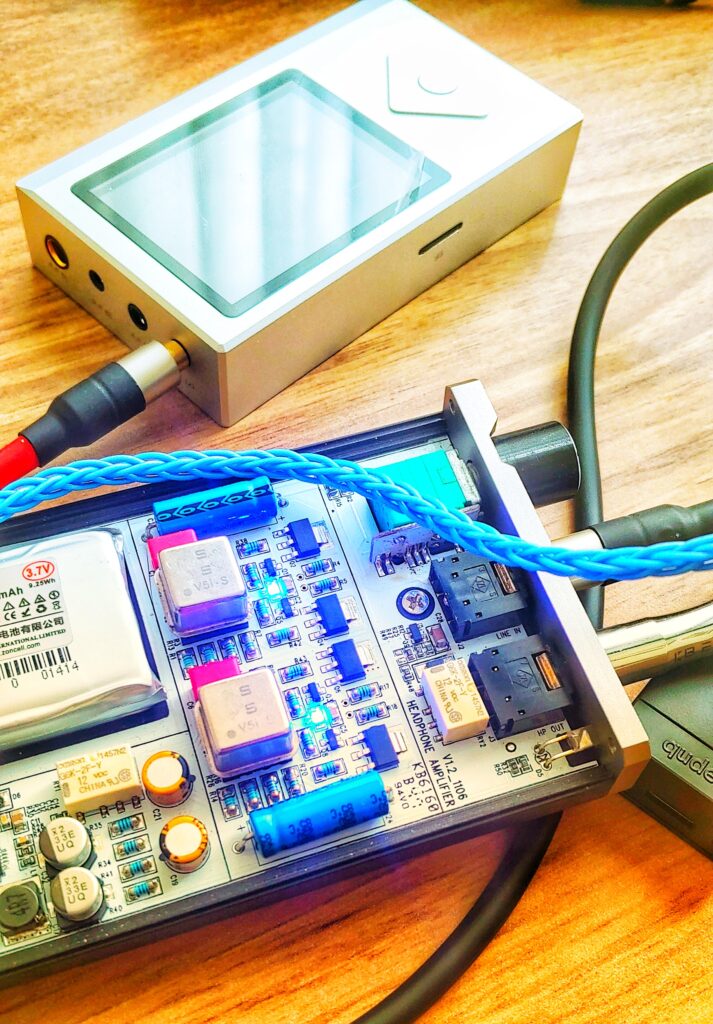 ➡ Timbre is neutral / dark-ish I had said. Laid back presentation. Strong at many frequencies even with G7 and full of texture and stage-wise detail. Superb staging experience too. For eg. clappings and whistles can be perceived separately and realistically. Or feeling the whole bunch of instruments – I already had experienced in real life – of the classic period of Turkish music in front of me is fantastic. http://www.deezer.com/track/437646242 (ps. Records of this band is very helpful in detecting whatever is unnecessary in your earpiece)

➡ Layering is satisfactory even with g7. Even at the busiest moments, separation and layering powers are keeping the experience clean and nicely packed. But you shouldn’t expect an Er4sr okay?

➡ Punch is where the DD hits you in the face. At first punch in Aurora is not fast like BA. But impacts of the beats are solid in dubstep. Though not diving down to sub bass levels, you feel the huge fist of the bass rhythms.

➡ Air around the instruments is plenty when powered up (%50 power is enough). This is also helpful to the layering of the whole scene. Imagine you are listening to the master Zimmers 96 piece orchestra now. Eargasm guaranteed if you are ascending from lower (in price) iems not like HM.

➡ Extensions dissolve in the air like they should. Woodens and – depending on the tightness – leather is fast and metallic is slow.The extension of the particular instrument is better than you can expect from a single DD.

➡ Texturing combined with extension is almost perfect but at just the level of its price. You can easily tell if its wooden or metallic or leather surface just got the hit.

➡ Tonality is a major feat of Aurora even when unamped. Can reach high notes with violin and Benedetti’s Tango is displaying its ability. Or in LZ – Stairway to Heaven multiple typed instruments show their capability even though the Aurora can’t be considered as a forward and detail pouring iem.

➡ 3d imaging is probably one of the best features of the silver beauty. With its balanced (yet +0.2 on basses) frequency projection and its degree of texturing, you are getting a realistic experience.

➡ Vocals. The only way for female vocals to reach higher / piercing levels is giving power. Combined with its laid back stage while powered with LG g7 is underlining this normal fact for this price segment. You shouldn’t expect an easy or very easy driven iem for these tags.

➡ Sibilance is n/a even at my most sibilance prone tracks. I didn’t hear the famous distortion on the already screamy vocalist. So it’s safe to say that its n/a IMO. 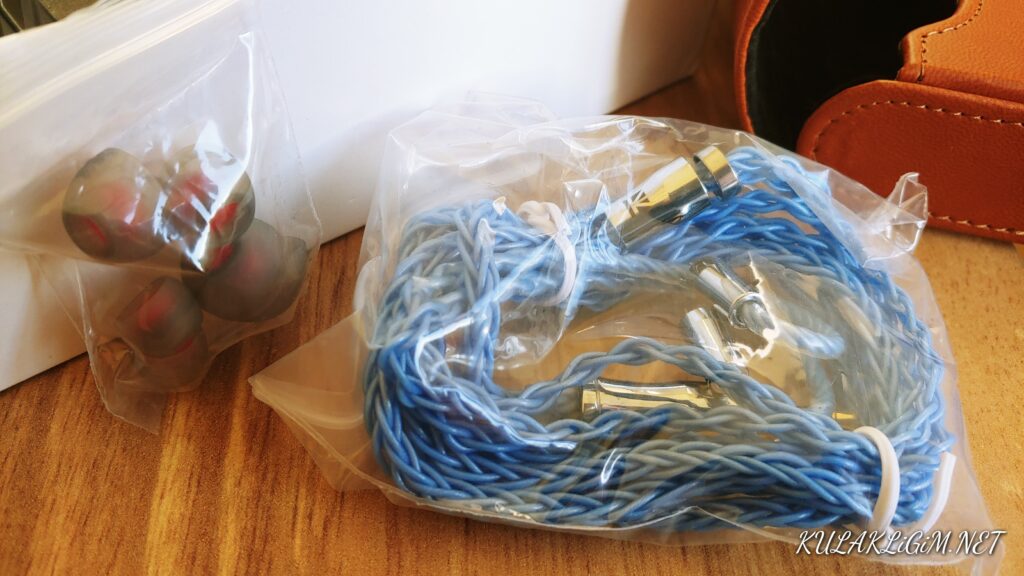 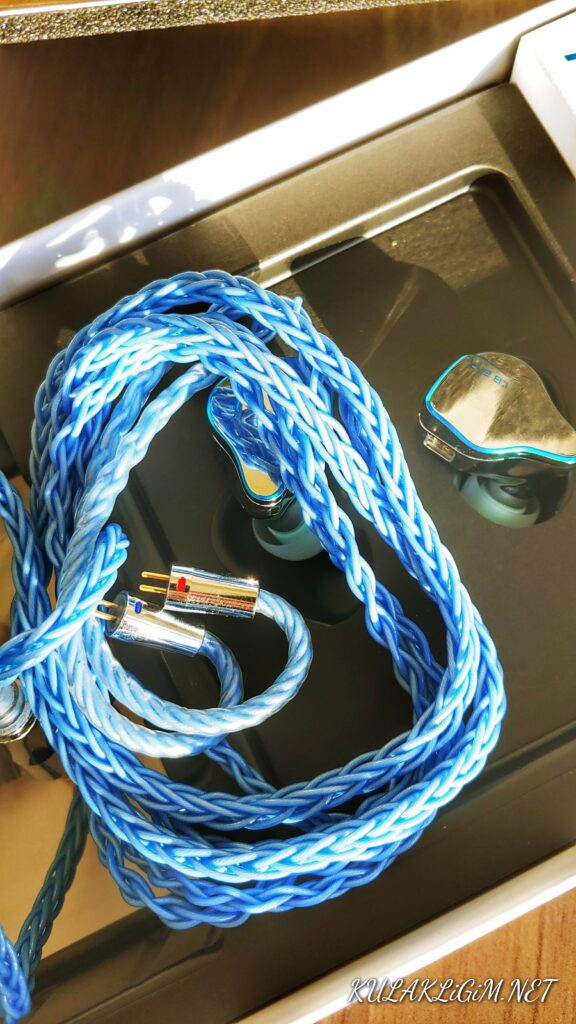 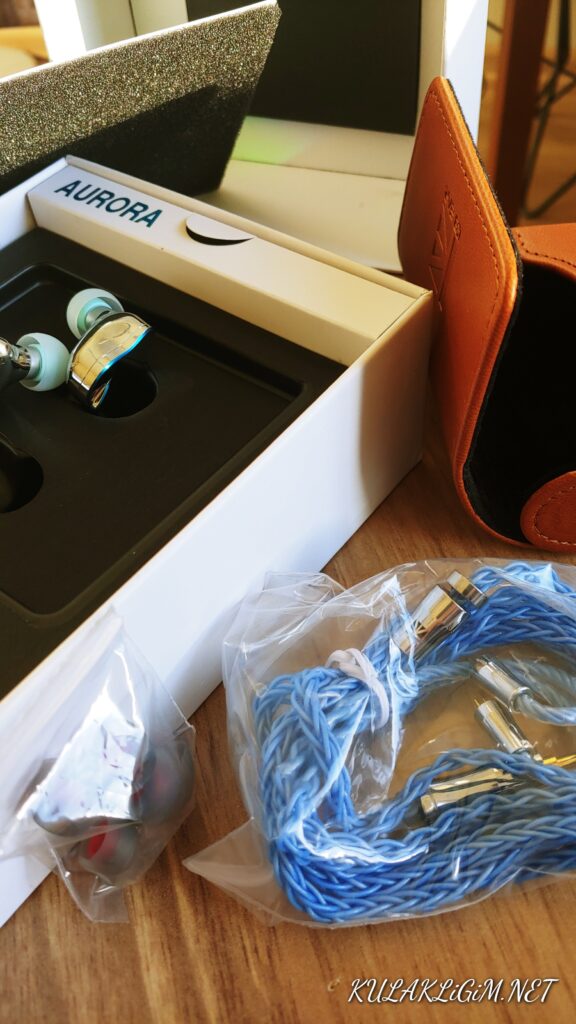 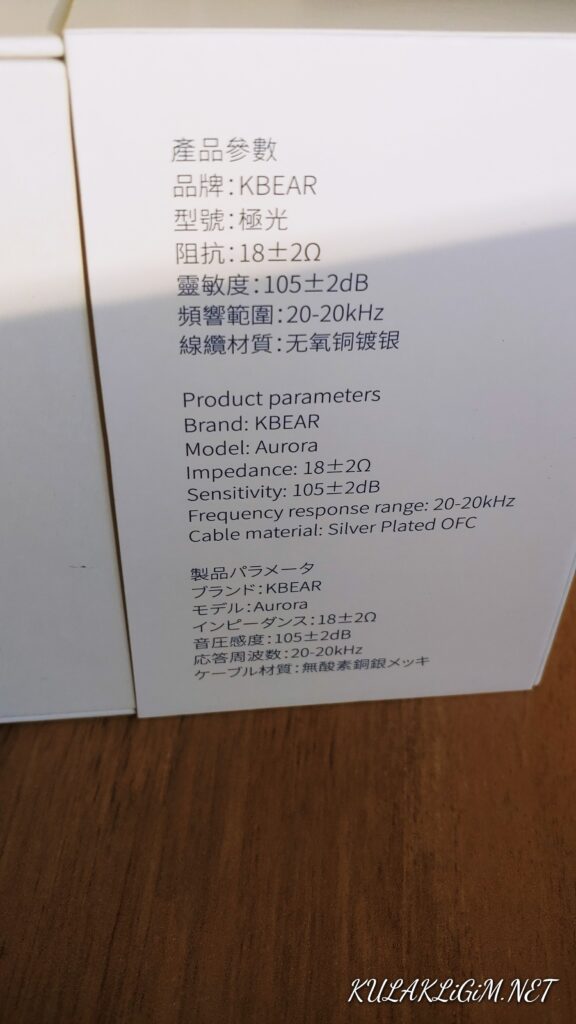 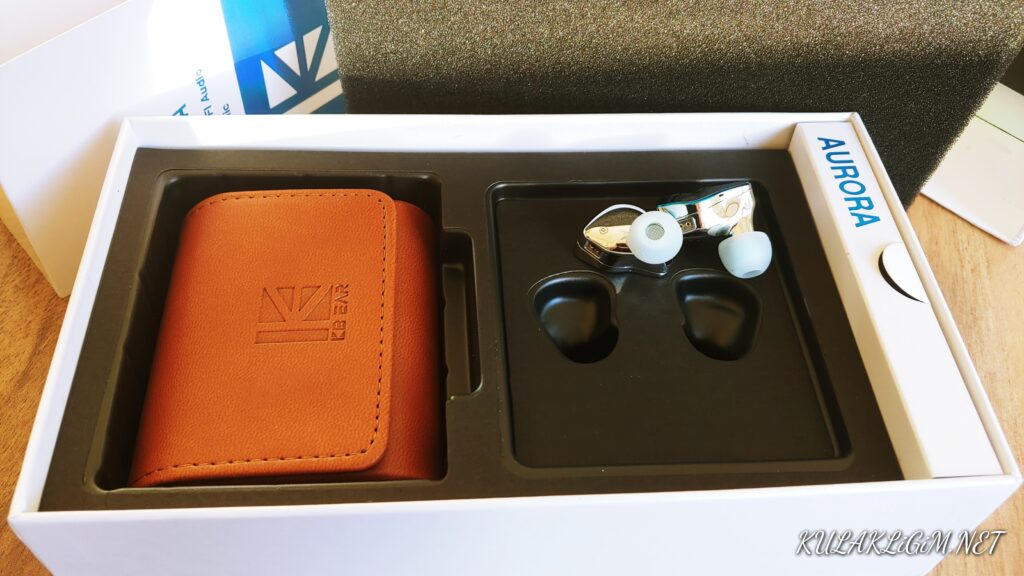 Bass is definitely neutral and thus moderate. You are getting very slightly more bass than the record allows you. A huge + for me.

Mid means many instruments. And clarity (upper mids), separation too. Doing a wonderful job even without amping.

Treble is generous and doing its job with somewhat quality. Middle to upper treble isn’t sharp like a knife when unamped. Expected HM-like treble but I heard rolled off high frequencies in unamped listening instead. So hard to find its alternative in higher segments when unamped, thus I am not surprised. Same goes for the highest registers of the treble region.

Using a Q5K, my fastest accessible amp, and what I hear is verifying my suspicions correct. Not all iems can get the benefit of more power. But this one did. Instruments gained sharper edges, basses of any kind gained power, higher frequencies didn’t evolve into something disturbing and gave them ease, bass gained more impact than g7 when needed at dubstep, easier to dive deeper and gave the vibration even Tubular Bells have.

With the crazy power of z4, the real thing began. Performance of Aurora approached closer to the original recording with its neutral power. Master artists of SMV’s strings became real in 3d full with texture and tonality. I am having a magical time with this single dd. Hint: Los Tres Hermandos of SMV and high power is the secret of unlocking the chest in Aurora.

But this is not enough. Who said it is? Now finally giving it the justice it deserved. Z4 > Line Out Cable > Dethonray ha-2 at 11 o’clock (very high for an iem but this iem is apparently power hungry for 120 mV power from the 300mV capable Class A amp ha-2..Now getting fed properly; stage is larger than before, strings pack a punch by delving deeper, 3d and tonality are at its ultimate level, Aurora borrowed monitoring ability of its Swiss cousins (Ety) ps: felt adventurous and decided to see its max capacity without getting distorted.  4 o’ clock at Gorillaz – Dare is still not insanely high! But I value my and iems health 🙂 So I stopped the test. But the last thing I was hearing was a neutral and dynamically severed sound with solid rhythms of Dare at 80/100, I repeat, 80/100 level.

Aurora vs HM: With HM, loss in body is the first to be noticed. Then the stage width and height. Treble became splashy. But the trade off is letting female vocals reach higher pitches.

Aurora vs Yuan Li (not retuned): With YLI, though time began for Aurora. YLI is one step more neutral than Aurora. This means less punch too. Stage is still Aurora’s domain. Treble isn’t like HM splashy. YLI is only a tad brighter than Aurora. And less sharper than it.

Will be updated when I have time

Aurora is the magnetic trick in the air of nature (astronomy experts enlighten me) and so exclusive to some northern countries. And the air is indefinite. This iem named Aurora seems indefinite too. I can safely say that here we have a solid iem not totally underwhelmed and bested by the two well known players of the iem scene. And passed the brutal sound level intensity test with integrity, not fallen apart. So I recommend Aurora to anybody looking for a laid back iem at its price segment. And thanks to keephifi for supplying the sample and KBear for creating it. 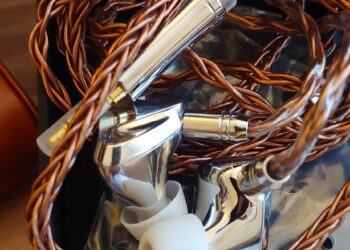 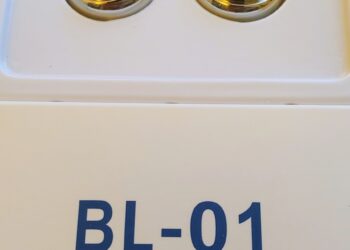 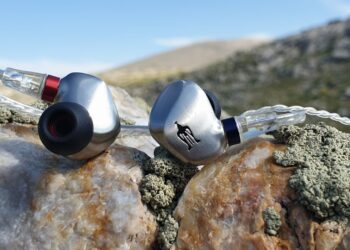